Veeam keeps releasing, and improving the RESTful API of the different products and solutions. The last two that have been received and incredible amount of new API calls, improvements, and changes are the one for Veeam Backup for AWS v3, and the new Veeam Backup for Microsoft Office 365 v5.

Veeam tends to release a small what’s new for API where it highlights, briefly, the new stuff. If you are a heavy user of the RESTful APIs, maybe you are using them for automation, maybe as a Service Provider, you will probably like to see a full detail of all the changes, so here we are!

Thanks to my colleague  who helped me understand Matrix, I am delighted to share with you the changes between the new API versions vs the old ones.

It was so subtle that I almost missed it, in fact I did for the first hours working with the API, as it is not a new version itself, just a new revision of the API v1.0. The changes are massive, as you can imagine all the new VPC, RDS, and improved EC2 data has now been added, click on the image to see the full changes: 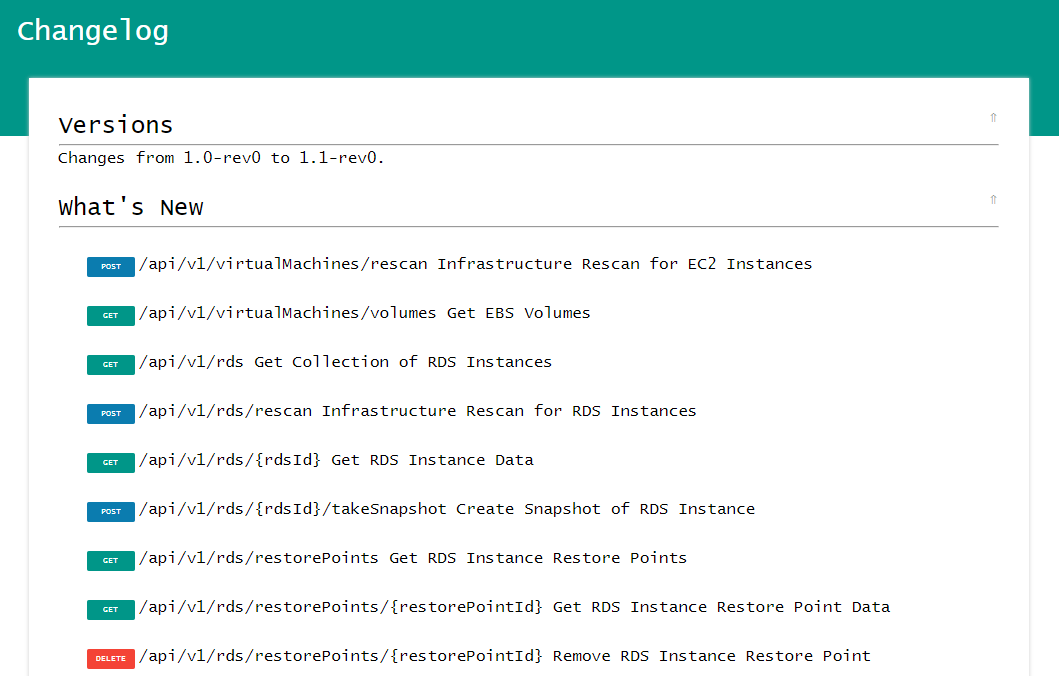 Tons of improvements here as well, as you can imagine the Microsoft Teams Backup now has been added here, plus the Restore Audit, which I’ve covered in detail on another blog post here in the Community, the new License changes as well can be found, and much more. Click on the image to see the full changes: 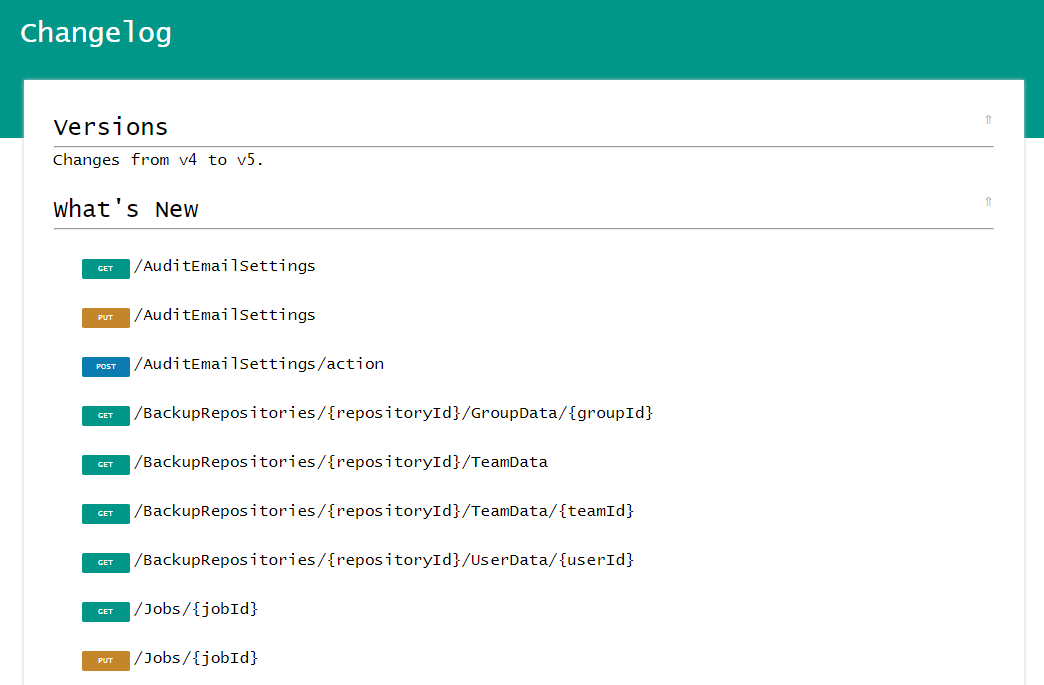 I hope this information is useful for you guys, again, to a heavy API user, even for the curious ones looking to see in great detail what’s new, these documents are essential!

Let me know what you think!

Oh, some strange stuff is happening and the images does not open the proper link, but a thumbnail, strange, so links:

Well, these thumbnails are pretty good quality though!

Does such a list exist for the Rest API of the other supported VEEAM products, too?

Hello, you are welcome. Not at the moment, but probably will be a good idea to keep documents up to date with new versions. I know Chris has the VSPC v5 ready, and I will publish as well the VBA Azure v2, VBA Google, etc. So I will drop everything here when everything goes GA, cheers.